Dr. Beth McCharles is a leading Mental Performance Coach and dynamic speaker. Through an innovative and collaborative approach, Beth specializes in developing individual and team confidence, empowering clients to lead with excellence, and building a high performance culture across organizations.

Beth has 20 years’ experience with top-rated universities as a lecturer, coach, and consultant. She serves as the Mental Performance Coach for coaches and athletes at Ryerson University Athletics in Toronto, Ontario. In addition, Beth is a facilitator and mentor with the Canadian Sport Institute, a professional consultant with the Canadian Sport Psychology Association, and a board member for the North Toronto Soccer Club.

As a Mental Performance Coach, Beth works with some of the most highly regarded athletes, coaches, and teams at the national and Olympic levels, as well as executives, actors, dancers and musicians. Beth has worked with a variety of organizations such as Hockey Canada, Curling Canada, Nike Inc., Basketball Canada, and the Canadian Armed Forces.

A former dual sport athlete, Beth played soccer and hockey at St. Francis Xavier University where she was named a two-time CIS All-Canadian, conference MVP, and served as team captain. Beth played one season with the University of Ottawa Gee-Gees, serving as captain and earning team MVP, OUA All-Star and Academic All-Canadian honours. Beth was selected to play for Team Canada’s women’s soccer team at the 2001 and 2003 FISU Summer Universiade (World University Games).

Internationally, Beth has been to eight world championships as an athlete, coach, and mental performance coach. Beth continued her involvement with the Universiade, serving as assistant coach in 2005 and general manager in 2007. Beth was also extensively involved with the Canadian national military women’s soccer team from 2003 to 2010, and served as head coach from 2008 to 2010. From 2004 to 2008, Beth coached the University of Toronto Varsity Blues women’s soccer team and turned the squad into a nationally-ranked program. She was named Ontario University Athletics (OUA) coach of the year in 2006-2007. 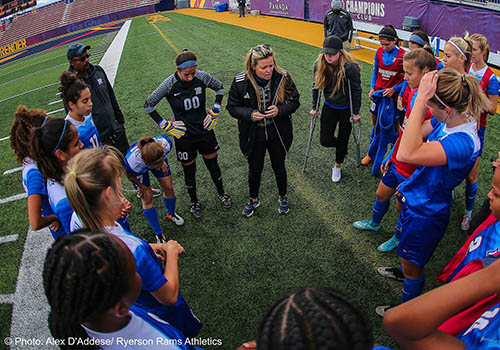 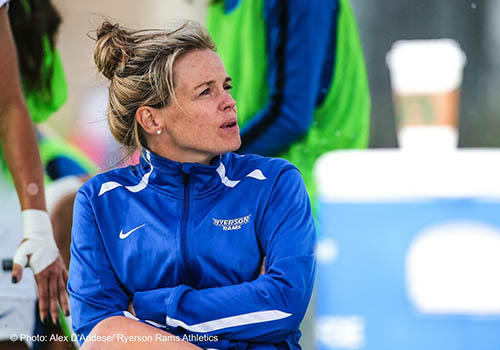 The Act of Thinking Differently

How to Build Excellence within a Team Environment

The Art of Confidence

Striving to become confident and resilient to achieve your goals

Keys to mindfully managing self, life, work and business

The 4 Archetypes of Performance

How to support and challenge youth performers